The first memory that I have of myself is tiny me with colouring pencils in my hands. Those pencils stuck with me, and today I draw for a living. My work focuses on telling stories through conceptual images rich with impulsive boldness and a (not always) subtle sense of humour.“Andrea was able to take an abstract business concept and produce a creative and meaningful visual theme to communicate our core message. Very good at both listening to the original brief requirements and going above and beyond with adding her own creative ideas to create something new. " Ryan Lock, Exact PathCurrently reading: The Prophet, by Kahlil Gibran
Currently inspired from: Second hand vintage shops

Client: Centar Jadro
Location: Skopje, North Macedonia
Year: 2022Three years in a row the culture and arts center in Skopje - Centar Jadro hosts a competition for a mural on their facade.
My concept 'Care and grow together' won this year and I got the chance to paint my fist official mural ever.
The concept represents the fact that if we care for our culture as a community, it will grow.

Client: ExactPath
ExactPath WebsiteExactPath create customer journey paths with the use of technology.
I envisioned their company as the hero character - the alchemist, the process as an alchemy laboratory,
and the tech elements of the process are added in the mixture - customers, websites, spreadsheats, e-mails ect.

Client: Upwork Inc
AD: Nicholas ScarletI was commissioned by Upwork to illustrate two murals for their conference rooms for their office in San Francisco.
The task was to take inspiration from two of SF's districts - SoMa and Sunset.

Fragments is a collection of collage illustrations, done purely from experimentation,
without (too much) planning, as a challenge to do more analog work.
As a conceptual illustrator, I am always concerned about the concept,
and this project helped me free up a bit and just do it for the sake of doing it.
But it still contains fragments as a base, of the past work that I have done.

Weak or nonexistent cybersecurity is hurting your business,
here is how to protect yours

A speculative project inspired from an article in Entrepreneur.

The visual interpretation of my insomnia

(caused by PMS, the full moon and mercury retrograde)

Best ways to protect your home from mosquitoes

Client: AV StudioI was commissioned by AV Studio to create a portrait of Andy Warhol in pop art style.
They will use the project for NFT sale for charity purposes for Ukranian refugees.

Illustrations inspired by daily life with my miniature schnauzer Gina.

Project done as a part of a class exercise.
The task was to illustrate a forest by expressing some emotion by your choice.
My choice was Hope.

In 2021 I was selected to be a host of the online artist gallery named Digislavia.
I picked the theme for my hosting to be the perks of being an illustrator.

Client: Publicateur
AD: Alan DavidCover illustartion for Publicateur's issue on how to maximize life quality as a senior,
Illustration is a matchup from articles about exercise, pension and charity.

Drugs & lovemaking, and what can go wrong with the combo

Client: Berliner Zeitung
AD: Uros Pajovic
Article linkThe task was to illustrate this article about drugs and lovemaking, and what can go wrong with the combo.

In My First Apartment as a Single Mother,
I Found a Community of Women Parenting Alone

Client: Dwell Magazine
AD: Suzanne LaGasa
Article linkThe task was to capture the story of a single mom in Germany and the living in a small apartment,
where the cohabitat with the neighbors (also single moms) made life more easier and fun.

Crunchy Moms Are Taking Their Babies To The Chiropractor,
But Not Everyone Thinks It’s Safe

Client: BuzzFeed News
AD: Olive Burd
Article linkVideos of babies being treated by chiropractors are all over social media,
but some childcare experts are not fans of the alternative medical care.

Client: Cheese Magazine
AD: Holly CatfordI was commissioned to do an illustration for Cheese Magazine,
for their article about the history of the supermarket cheese,
and how cheddar cheese gained its popularity.

How do you make the most of your outdoor space?

Client: Dwell Magazine
AD: Suzanne LagasaI was commissioned to do an illustration for the section Dwell Asks for the May/June 2022 issue.
Dwell asked their readers: How do you make the most of your outdoor space?

Inspired from the 'Eating disorder' commission, I created a whole series of
illustration inspired by the common mental struggles that young people have.
I myself have gone through a lot of them, and it was a personal challenge to visualise them
in form of an image - to depict the feeling in a metaphor.

Client: meduza.mk
AD: Kalia DimitrovaIllustration for an article for the silence about the abuse in sports.

Client: meduza.mk
AD: Kalia DimitrovaIllustration for an article about the domestic violence,
and legal aid barriers for victims of domestic abuse.

Sexism Toward Women In Politics

Client: meduza.mk
AD: Kalia DimitrovaIllustration for an article about the sexism toward women in politics, particularly in Macedonia,
and how proper education has crucial part in solving the problem.

Electric accelerates
Roads in 2022 will feature many more electric and sustainable vehicles, as manufacturers go all in on EVs. Subaru’s all-electric Soltera, Ford’s electric version of its F-150 and Mercedes Benz’ EQA (launching in the US) will jostle for space on the motorways with Tesla’s long- awaited Cybertruck, predicted to finally roll off the production line later in the year. Many car companies are producing EVs in 2022 as the first step in longer-term sustainability initiatives – Mercedes-Benz and Ford are committed to becoming fully electric by 2030. The next challenge will be the charging infrastructure and grid capacity.

Chat dethroned
Ellen DeGeneres, the beloved TV talk-show host, will end her show in 2022, after 19 seasons at the top of the daytime- chat game. The Ellen DeGeneres Show won 64 Emmys and DeGeneres presented more than 3,000 episodes – but this has been overshadowed by accusations from staff of a hostile environment where bullying was rife. Pop singer Kelly Clarkson will take over Ellen’s slot – but not everywhere. Some stations have opted instead to run cheaper news-filler shows, citing both the expense and criticisms that the chat format has had its day.

Nuclear unplugs
In 2022, Germany’s long-term goal to decommission its nuclear plants will finally be accomplished, as the last six go dark. After the Fukushima disaster in 2011, then- chancellor Angela Merkel announced that all of the remaining German nuclear power plants would be shut within the decade. Germany had 17 nuclear power stations in total before 2011, and around a quarter of Germany’s electric power was nuclear; renewables now make up over 50 per cent.

Social currency
Facebook has revealed plans to spend up to $1 billion in 2022 in a campaign to entice creators away from platforms such as TikTok and onto Facebook and Instagram. It will take the form of bonuses, which Facebook will pay to creators who have ads on IGTV videos, or who reach milestones such as a certain number of views on Reels.
The Facebook and Instagram apps will feature a “dedicated place for bonuses” to make it easier to identify who is eligible for the scheme and show creators how to work towards unlocking the payments.

Apple of your eye
Tim Cook will unveil Apple’s long-rumoured virtual-reality headset in 2022, entering a market dominated by Facebook’s Oculus Quest, PlayStation VR, Valve Index and HTC Vive. Analysts believe its exterior will blend fabric and lightweight materials, while inside, a custom chip more powerful than the M1 processor will drive the hardware and will wirelessly connect to a user’s MacBook or iPhone. The headset will also provide augmented reality experiences – and, no doubt, a whole new way to shop in Apple’s App Store. Sanjana Varghese

High hopes for retail
New Mexico will launch a regulated and legal market for marijuana from April 1, 2022, becoming the 17th US state to allow cannabis retail. Marijuana- based products sold in specially licensed stores will have a 12 per cent excise tax in addition to state taxes. Therapeutic marijuana for medical purposes had already been legal in the state since 2007, while possession and personal use for over-21s were made legal in June 2021. Public consumption remains outlawed, but the new bill allows those with previous marijuana-related convictions to expunge their records.

Coffee bag packaging illustration
Client: Svemir Coffee Brew BarThe task was to illustrate some of the fruits from which the different types of coffee is made.
The client wanted me to represent the fruits as characters.

Coffee bag packaging illustration
Client: Upwork
AD: Nicholas ScarletThe task was to capture the moment when inspiration hits, while tasting the fist sip of coffee.
My inspiration came from an unexpected place
—a Netflix show that I was watching about space shuttles.
After thinking about how I feel every morning
while I wait by my espresso machine and finally sense that smell of coffee, it hit me.
What could better explain the boost of energy, than a space shuttle launch?Awards: 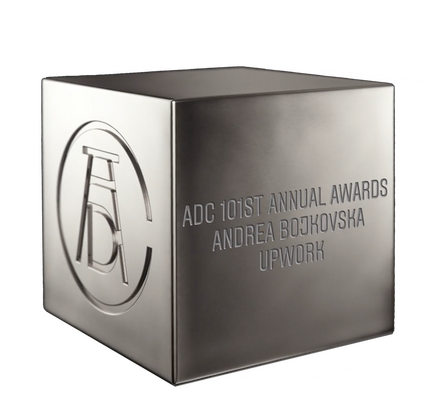